The Pixel 6a is rumored to use older sensors, however, it will adopt the new camera bar design of the flagship Pixel 6 series. We saw that in 3D renders, now the same can be seen in an aluminum dummy along with some extra details.

Such dummies are used to make molds for cases and other accessories and it is important to get the alignment right. You can see the camera bar, which like the vanilla Pixel 6, will have two cameras on the left and an LED flash on the right. These cameras will reportedly use older sensors, a 12.2 MP IMX363 for the main module and 12 MP IMX355 for the ultra wide. 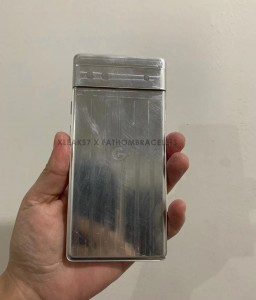 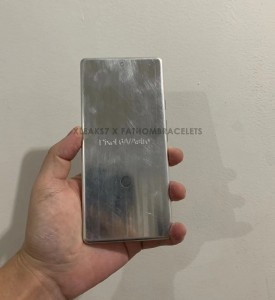 Flipping around to the front, the selfie camera appears to be in a punch hole. However, Fathom Bracelets and @xleaks7 who published this leak warn that the Pixel 6a may have “pretty thick bezels” (not that the ones on the Pixel 6 were particularly slim).

Also notice the recessed circle in the screen, that should be the in-display fingerprint reader. All Pixel a phones have had rear-mounted fingerprint readers, so this will be a first for the series. On older models it was done as a cost-cutting measure since the flagship Pixels went all in on face scanning authentication.

This is an indication that the Pixel 6a will be fancier than previous a models. It will reportedly use the same Tensor chipset as the flagship models, whereas previous Pixel a phones never went above the Snapdragon 765G. So even with the older camera sensors image quality may improve thanks to the increased number crunching power. 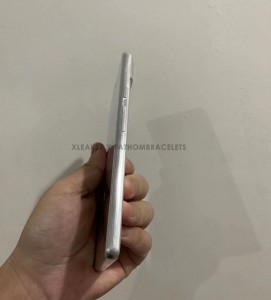 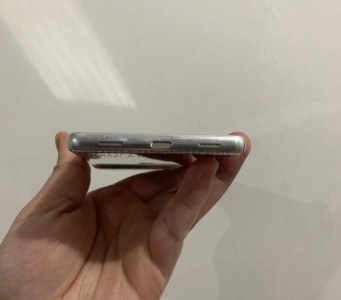 Pixel 6a metal dummy: Standard buttons on the side • No 3.5 mm headphone jack

As seen in the renders and in the photos of the metal dummy, the Pixel 6a will mark another first for the series – it will be the first to omit the 3.5 mm headphone jack.

Current rumors suggest that the Pixel 6a will be unveiled in August and that it will have a 6.2” OLED display (making it more compact than the Pixel 6), plus 6/8 GB of RAM and 128 GB storage. Given the chipset, it should also feature 5G connectivity. Of course, there are many months between now and August and some of the rumored specs may change along the way.