The Ulefone Power Armor 13 is a brick of a phone, but it’s a brick you will gladly put in your cargo pants and carry all day long, or shall we say all week long with that 13,200mAh battery. Indeed, the fortified Power Armor 13 is not for everyone, but it’s so versatile that we believe many people will like it for the Swiss knife it is. 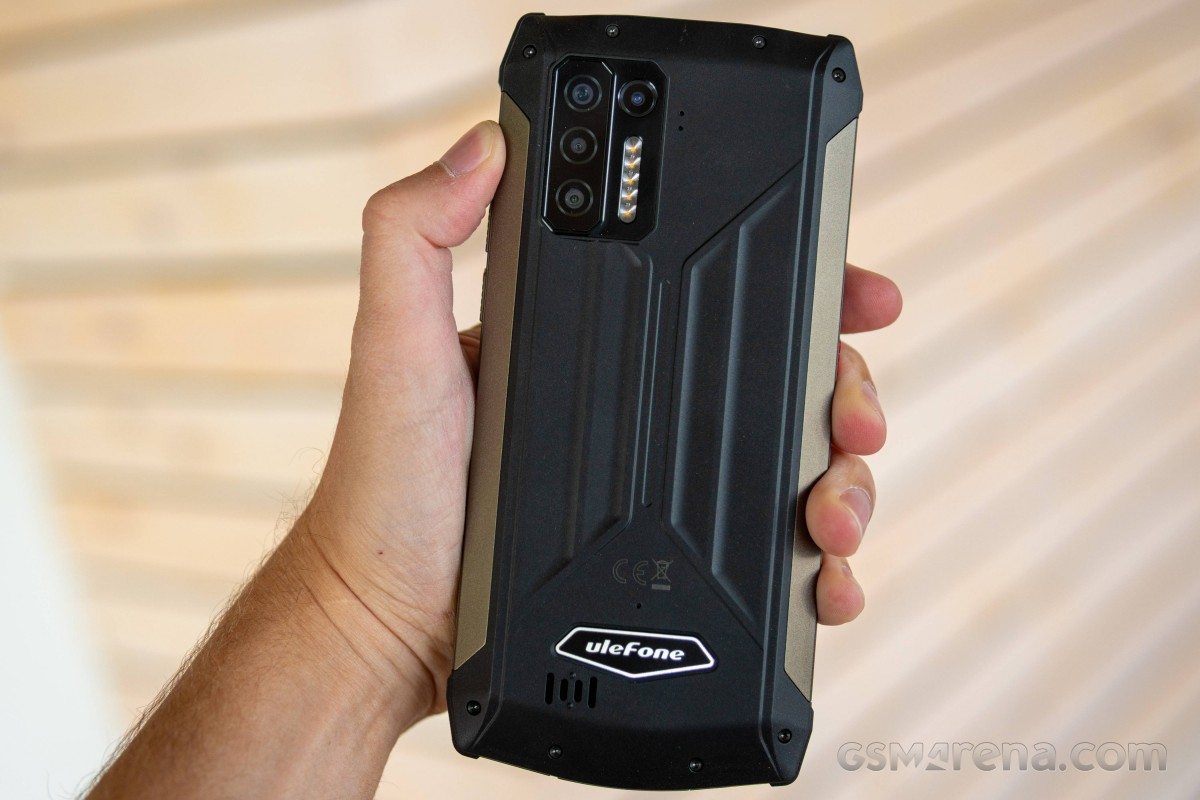 Just like previous Armor models, this one focuses on both durability with shockproof and waterproof body, as well as usability with support for endoscope attachment, powerful integrated flashlight, and a laser distance meter.

But it’s not just an Armor; it’s a Power Armor model, hence the absolutely humongous battery – a 13,200 mAh cell! The phone supports fast 33W wired charging, 15W fast wireless charging, and you bet it can reverse charge, too.

The rest of the specs are nothing spectacular yet intriguing enough to keep the interest alive in this Power Armor 13. There is a 6.81″ IPS LCD FHD screen with a small punch-hole. The phone relies on the Helio G95 chipset with 8GB RAM and 256GB expandable storage, which is plenty adequate for this type of device. 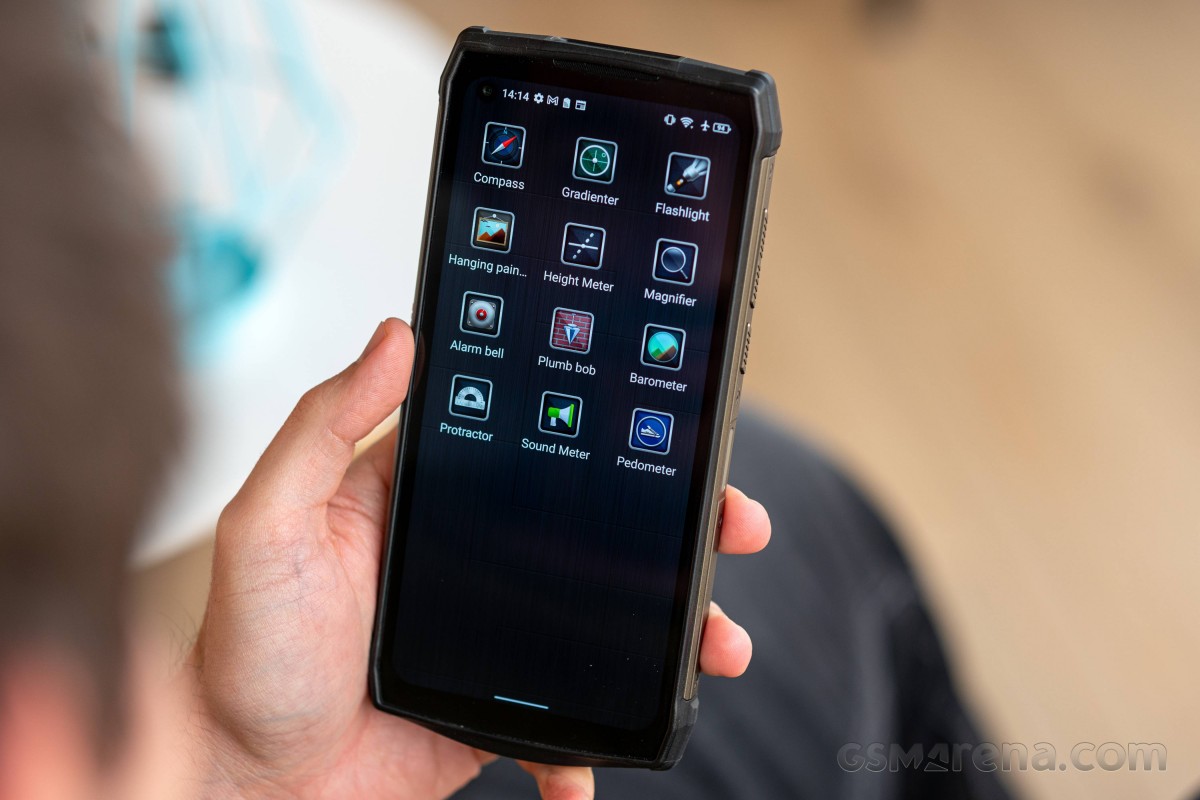 There is no thermal camera on the Power Armor 13, but it packs a mid-range quad-camera on the back with a 48MP primary and 8MP ultrawide, a 2MP macro, and a 2MP depth snappers. There is also a 16MP shooter for selfies at the front.

Finally, the Ulefone Power Armor 13 ships with a ton of goodies, but we guess we’ll reveal that in a bit. For now, let’s run through its specs.

The Ulefone Power Armor 13 weighs 492 grams and is 2cm thick, which are probably the two possible deal-breakers as it won’t fit in every pocket. But it wasn’t meant to be a cheap iPhone or Galaxy alternative, it’s a work tool and a phone, and as such – it seems like a pretty solid offer. So, let’s pop this thing out of its box (and be careful not to drop it on our feet).

Ulefone has always been generous with its retail bundles, and it’s no different with the Power Amor 13. The phone ships with a 3A-rated red USB-C cable and a 33W power adapter (USB-C port, too). 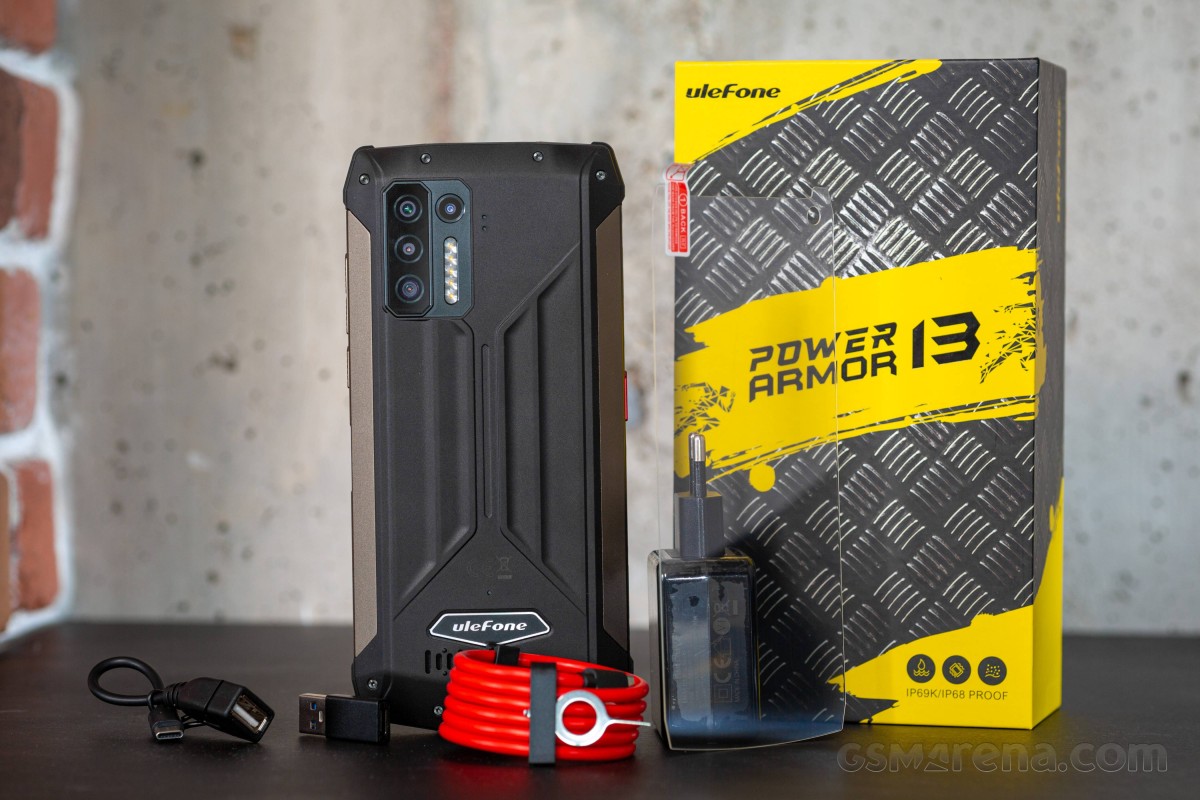 In addition to these, Ulefone is also giving you a USB OTG cable, USB-A-to-C adapter, and a tempered glass screen protector. If you want to use the glass protector, first you need to peel off the factory-applied protective film.

You can also bundle your Power Armor 13 with plenty of accessories. Ulefone offers a 15W wireless charging pad for $35, there is also the endoscope camera for $40. 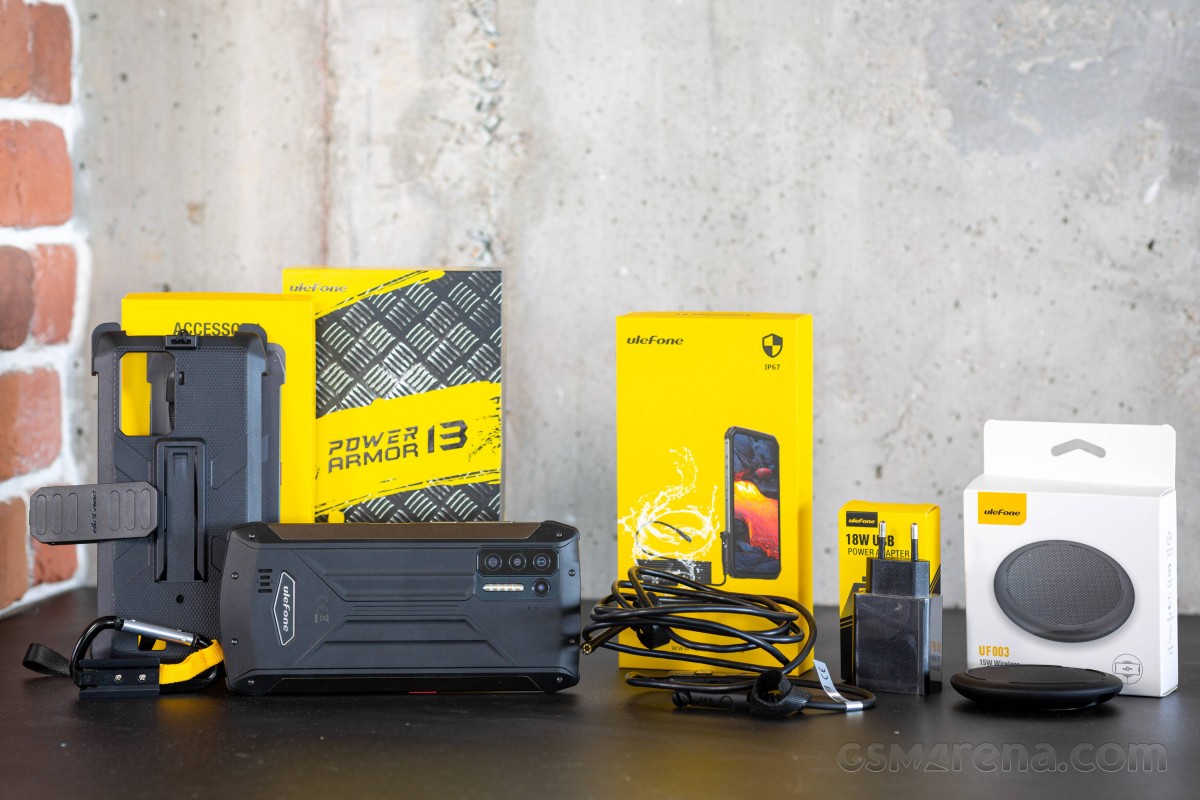 You can opt for a rugged case with a clip and a hook for $25 – a particularly helpful accessory as it will be easier to carry this Power Armor 13 on your belt rather than in your pocket. 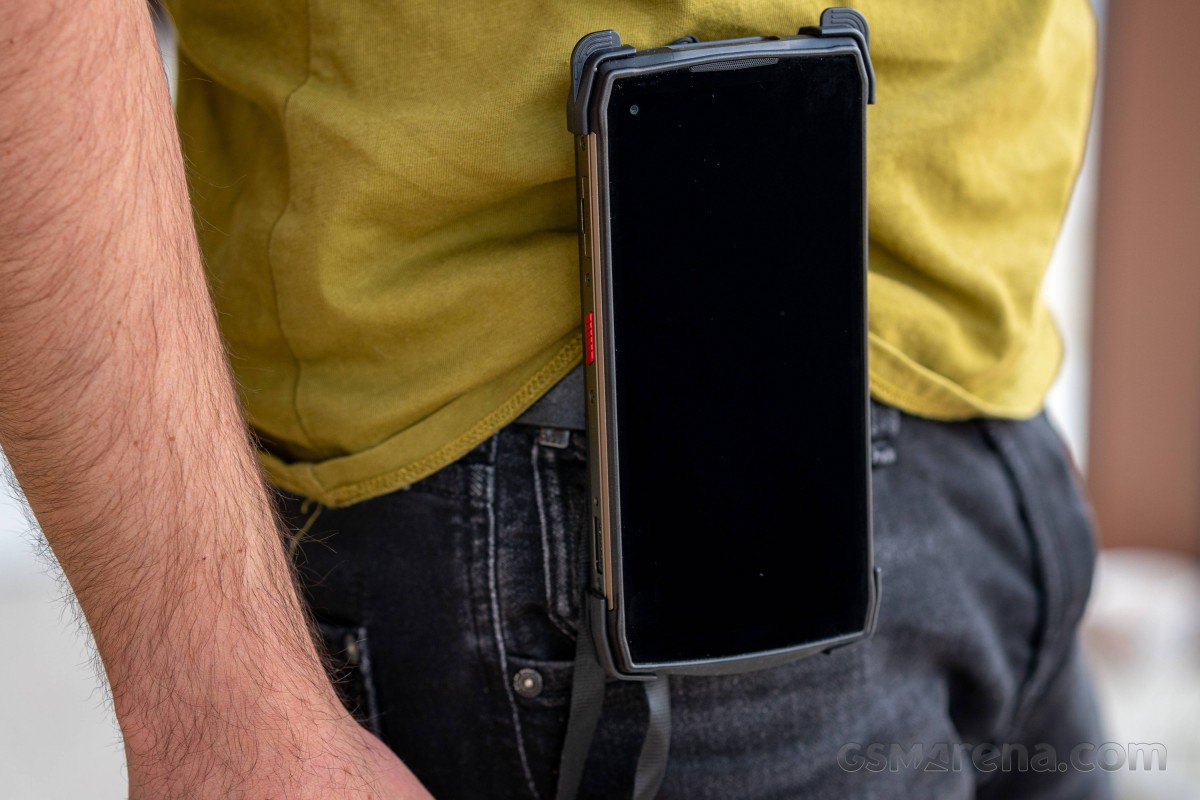 We spent some time with the case, and it is definitely something you should consider getting with your new Power Armor 13, that is, if you decide on buying one after reading our review, of course.