Xiaomi will unveil the Xiaomi 12 series on December 28, consisting of vanilla and a Pro model. The former is a compact flagship, while the latter is touted as an all-around high-end flagship. Xiaomi also released a teaser revealing centered punch hole displays on both smartphones. And while the company didn’t tell us much about these yesterday, it today announced that the Xiaomi 12 has bagged an A+ score from DisplayMate, creating 15 new records.

Xiaomi says this is a high-precision screen with an outstanding color accuracy, 16,000-level brightness adjustment, and Gorilla Glass Victus on top. 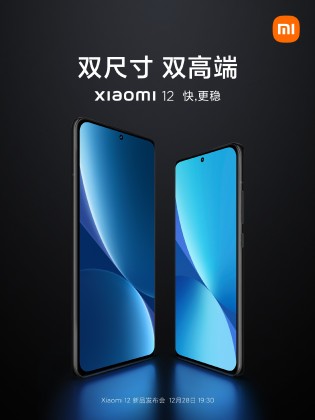 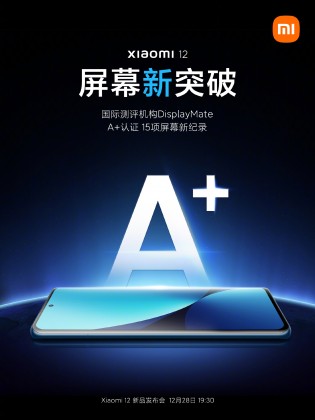 In a separate post, a Xiaomi exec revealed the Xiaomi 12’s screen has high PPI and 10-bit color depth. However, it will have FullHD+ resolution, with the Pro variant likely packing a higher-res panel.

Xiaomi has already confirmed that the Xiaomi 12 series will be powered by the Snapdragon 8 Gen 1 SoC, and thanks to Geekbench, we know the Pro variant will have 12GB RAM onboard. Although there could be other options as well.

With the event less than a week away, you can expect Xiaomi to reveal more about the Xiaomi 12 series in the days leading to the unveiling.