The Lava Agni 5G was launched as “the first Indian 5G smartphone” with a Taiwanese chipset back in November, and the phone has some intriguing mid-range specs, such as a quad-cam setup on the back, big 6.78” LCD with Gorilla Glass on top, and 90 Hz refresh rate.

The brand has decided to launch a one-of-a-kind deal where it will give a free Agni 5G to every customer who returns a Realme 8s 5G. That’s right – the trade-in is only for this specific Realme smartphone.

The Lava phone does have some specs that are better than this particular Realme – a bigger display and an extra 5 MP ultra-wide-angle camera. It is also bulkier and heavier and has a slight disadvantage in the fast-charging department. They have the same INR19,999 price tag in India for the 8/128 GB memory variant. 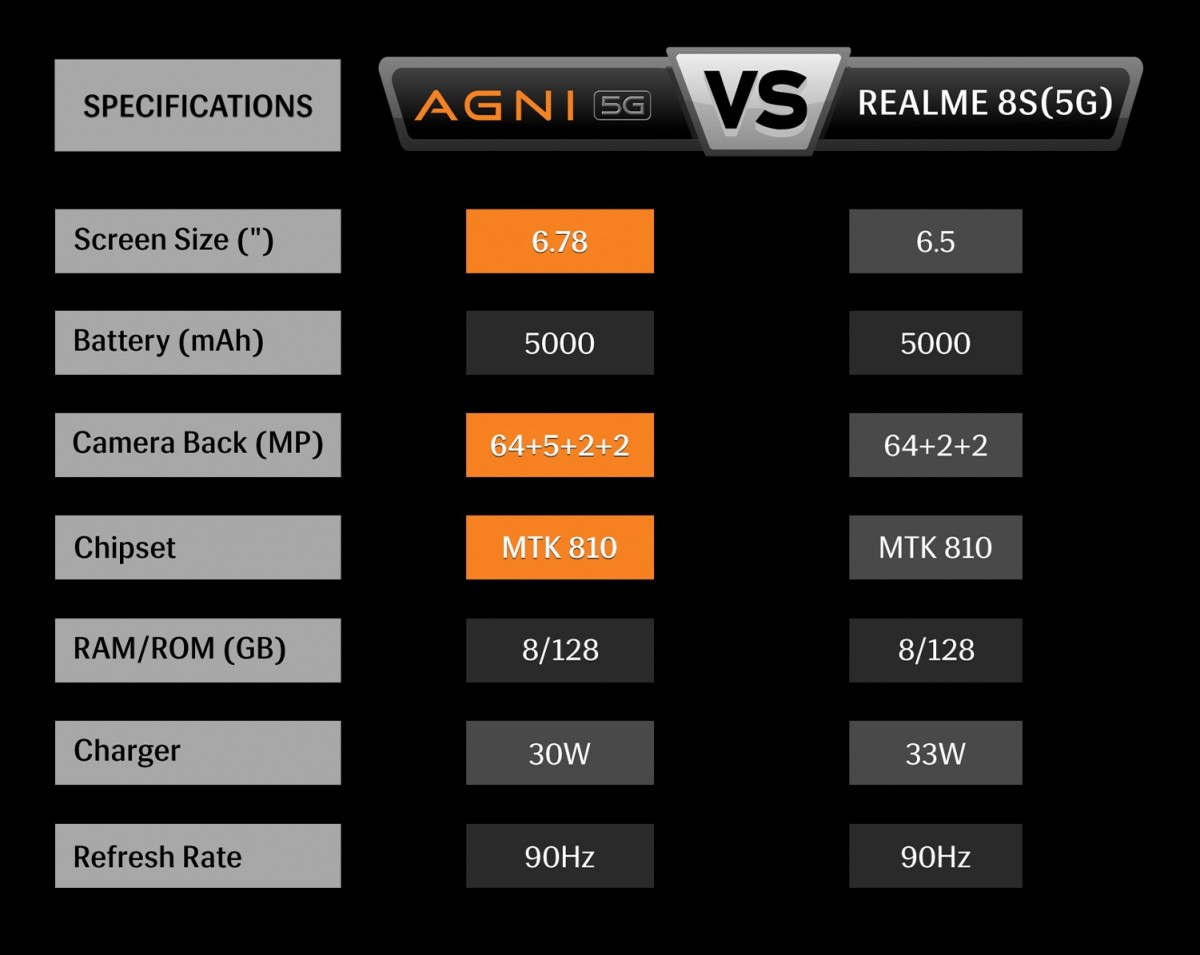 For some reason Lava thinks its Mediatek Dimensity 810 chipset is better than the chip in the Realme 8s 5G, which is also a Mediatek Dimensity 810. We can only hope it is an honest mistake and not a deliberate attempt at misleading customers, which would be pretty low for the Indian phone with a Chinese display and American protection on top.

There is a registration process, ending this Friday, January 7. Any candidates must go through the three-step process to get their free Lava Agni 5G, but stocks are limited, so the deal might end soon.