AnTuTu released its monthly chart of best-performing Android devices, and for the third month in a row the best result comes from the Xiaomi Black Shark 4S Pro. The gaming flagship has been a leader since its launch in October thanks to its Snapdragon 888 Plus chipset and 16 GB RAM.

The Chinese benchmark platform also released a list of midrangers, where competition is more intense, but vivo took the crown with the iQOO Z5 smartphone. 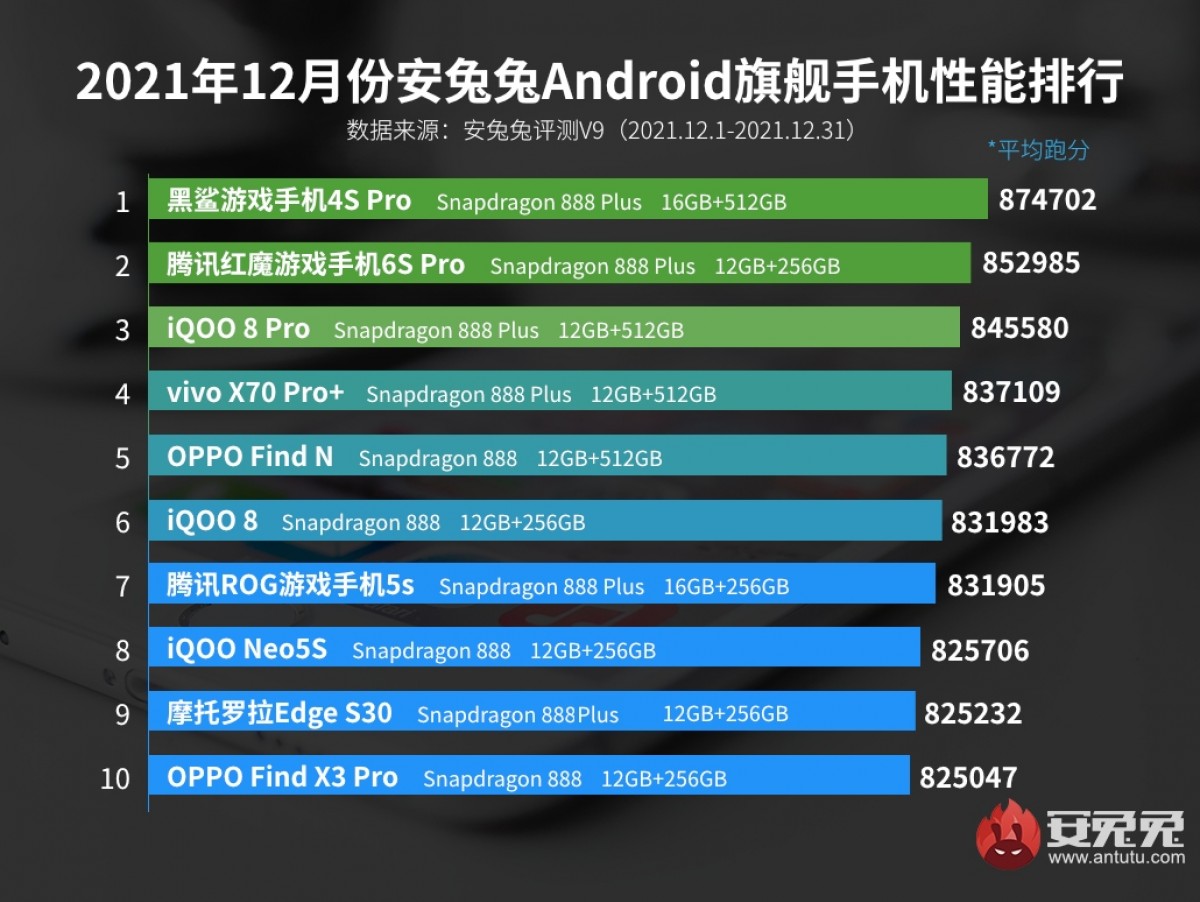 The Top 10 flagship performance is missing phones with Snapdragon 8 Gen 1 chipset because of insufficient data, AnTutu revealed. Expectations are the Moto Edge X30 and Xiaomi 12 Pro to climb in the first positions next month when there will be enough devices tested (at least 1,000 units are needed to go through AnTuTu) to have an average score.

The Oppo Find N slips in 5th position because of its GPU optimization and heat dissipation – after all the foldable device is a lot bigger than the other 9 bar-type of devices. There is also the dedicated user interface for the particular form factor, and after all AnTuTu’s score is a sum of four key components – CPU, GPU, user interface and memory. There’s not much of a variety in the midrange field, with nine of the Top 10 phones coming with a Snapdragon 700G series chipset. The reason why the iQOO Z5 outperforms the Honor 60 Pro, despite the minor differences in the chipset, is the memory – vivo used UFS 3.1 storage, which is a feature more common for flagships.

AnTuTu revealed the different raw numbers for midrangers do not mean much, as phones are pretty close in real-life performance, as competition is at its fiercest. Great changes are expected in the second half of 2022 when chip makers will introduce platforms with actual new CPU clusters.