While Motorola hasn’t revealed the Moto G71 5G’s India price yet, the company said that the smartphone will be sold through Flipkart and have two color options – green and blue. 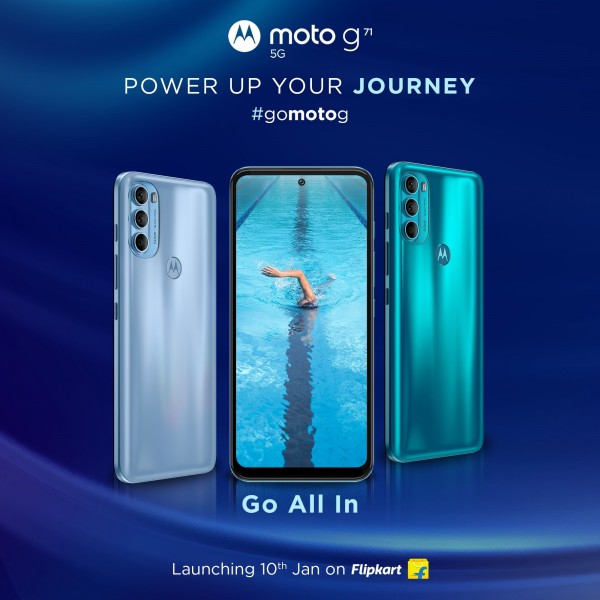 The Moto G71 5G is built around a 6.4″ FullHD+ AMOLED screen with a punch hole in the center for the 16MP selfie camera. Around the back, we have a fingerprint scanner keeping company to the triple camera system consisting of 50MP primary, 8MP ultrawide, and 2MP macro units.

The Snapdragon 695-powered smartphone runs Android 11 out of the box and comes with 8GB RAM and 128GB storage onboard. Although it remains to be seen what memory configuration it will have in India.

The Moto G71 5G has a water-repellent design, features a 3.5mm headphone jack, and ships with a 5,000 mAh battery charged through a USB-C port at up to 30W.