vivo’s V23 series is official with the V23 Pro and V23. The highlight of both phones is design and selfie cameras – both combine metal with glass, but the V23 has flat sides, while the Pro features a dual-curved design.

Both phones employ what vivo calls Fluorite AG Glass, which is said to provide a soft, matte finish to the surface of the glass. You could get the pair of V23 phones in Stardust Black or the special Sunshine Gold, which can change its color when exposed to direct sunlight for up to 5 to 6 minutes. 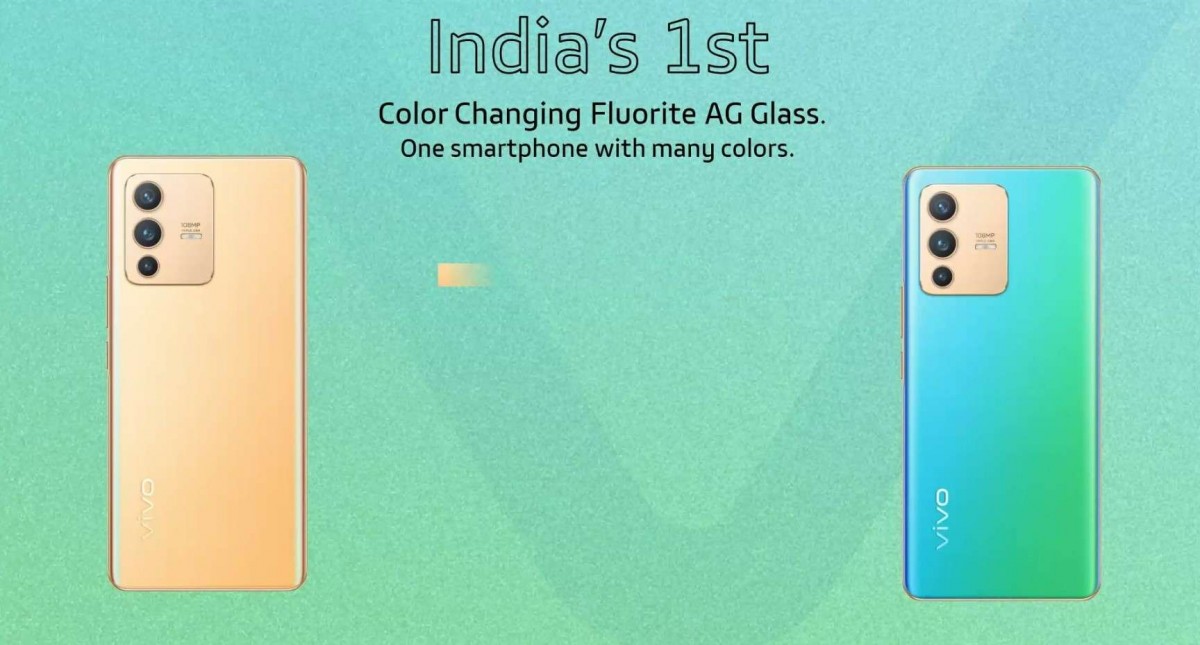 The vivo V23 Pro has 3D curved front and back glass and a thinner frame. Powered by a MediaTek Dimensity 1200 with 8GB or 12GB of RAM, it’s the faster phone. It comes with 128GB or 256GB of storage.

There are five cameras on the vivo V23 Pro – a 50MP wide camera with eye autofocus support, and an 8MP ultrawide camera sit on the front. On the rear, there’s a triple setup with a 108MP main, 8MP ultrawide, and 2MP macro units. 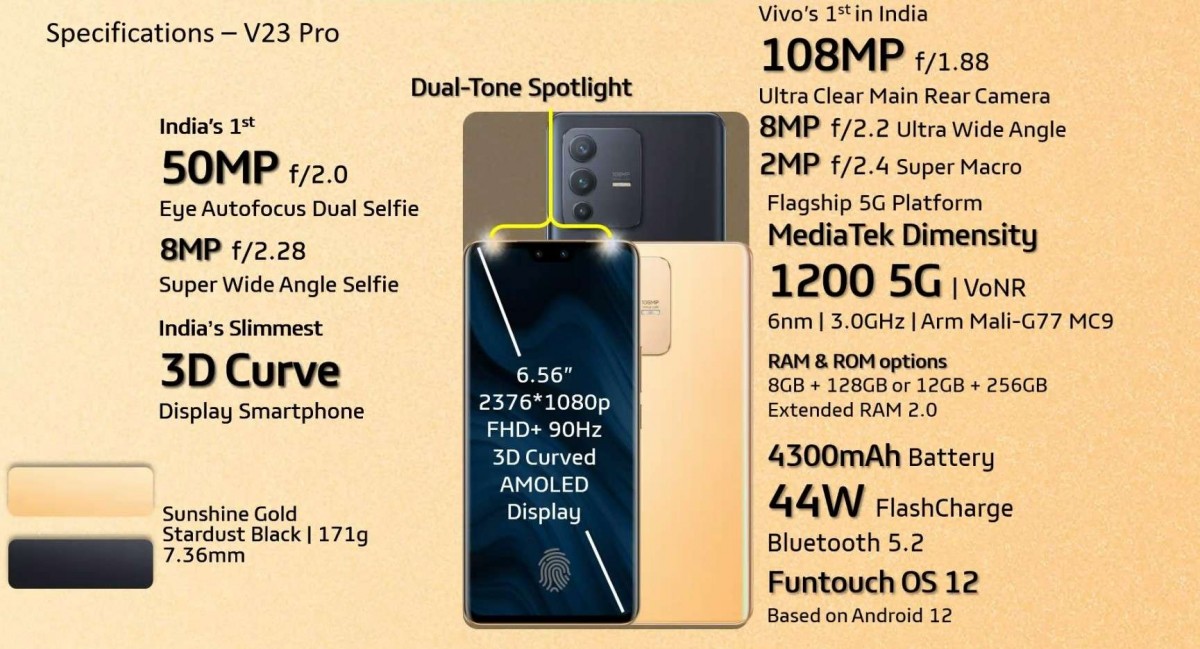 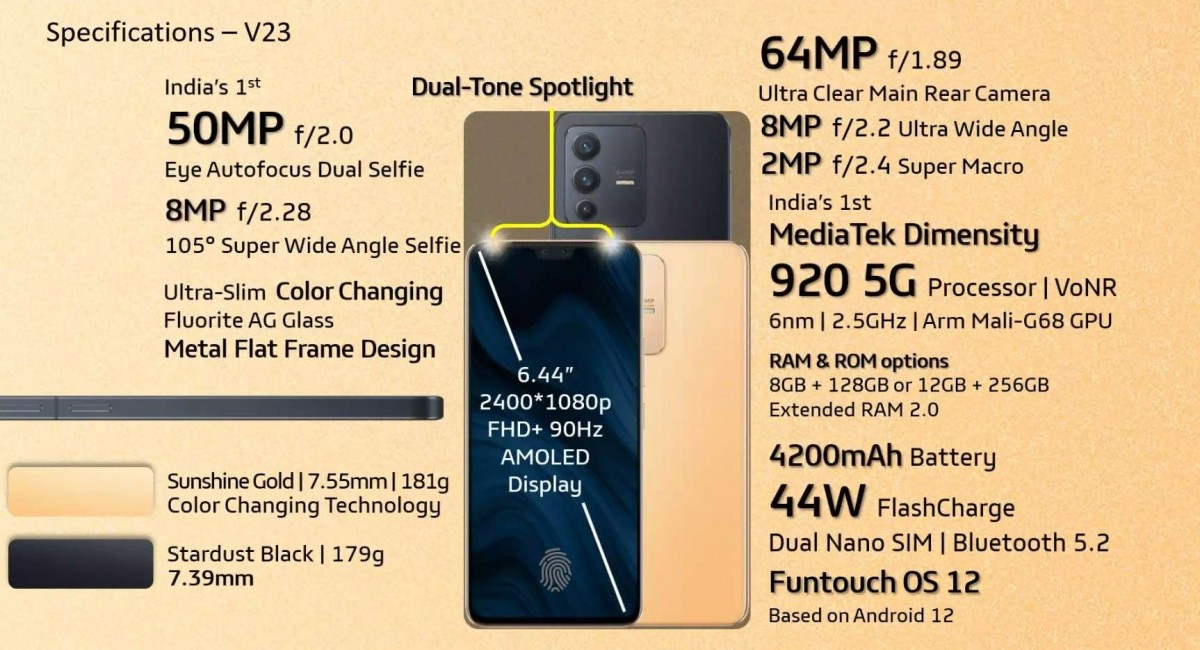 The cameras of the V23 are almost identical to the Pro, save for the main rear camera which has a 50MP instead of a 108MP sensor. 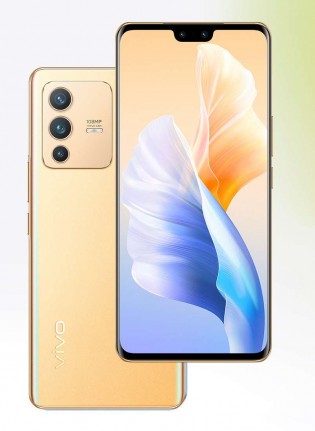 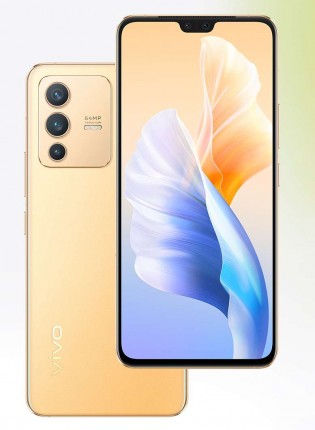 Pre-orders are already open on vivo’s own website and Flipkart, while shipments will start on January 13 for the V23 Pro and January 19 for the vanilla V23. Various instant cashbask and trade-in bonuses will be available to early purchasers.