Xiaomi is expected to introduce the Redmi K50 series in February and at least four devices are expected in the series. A phone case, developed for the Redmi K50 Pro, appeared online, suggesting an entirely new camera design for the rear camera.

Quickly after the leaked image, renders of the supposed phone popped up as well, courtesy of a website called Xiaomiui. The device looks a lot like Xiaomi Civi, although the triple cameras, lined up in a triangle setup is something vivo implemented first with the X60 series. 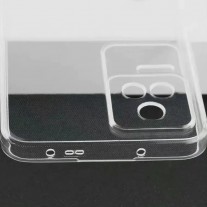 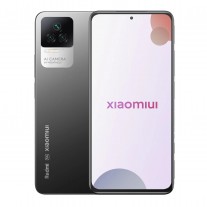 This Redmi K50 phone will have a fingerprint scanner on the side. However, that doesn’t necessarily mean the screen will be an LCD. Xiaomi is famous for implementing AMOLED screens and still putting the sensor on the side as was the case with the Redmi K40 series.

According to the sources, the device will have a 6.67” display with Full HD+ resolution, and it should have 120Hz refresh rate.

The images of the case also reveal a cutout on top for the noise-canceling microphone, for a small speaker, and what is likely an IR blaster. On the bottom, there is no 3.5mm audio jack cutout – only for the USB-C, the primary mic and speaker.